Wish You Were Here (2014). Live performances and installation. 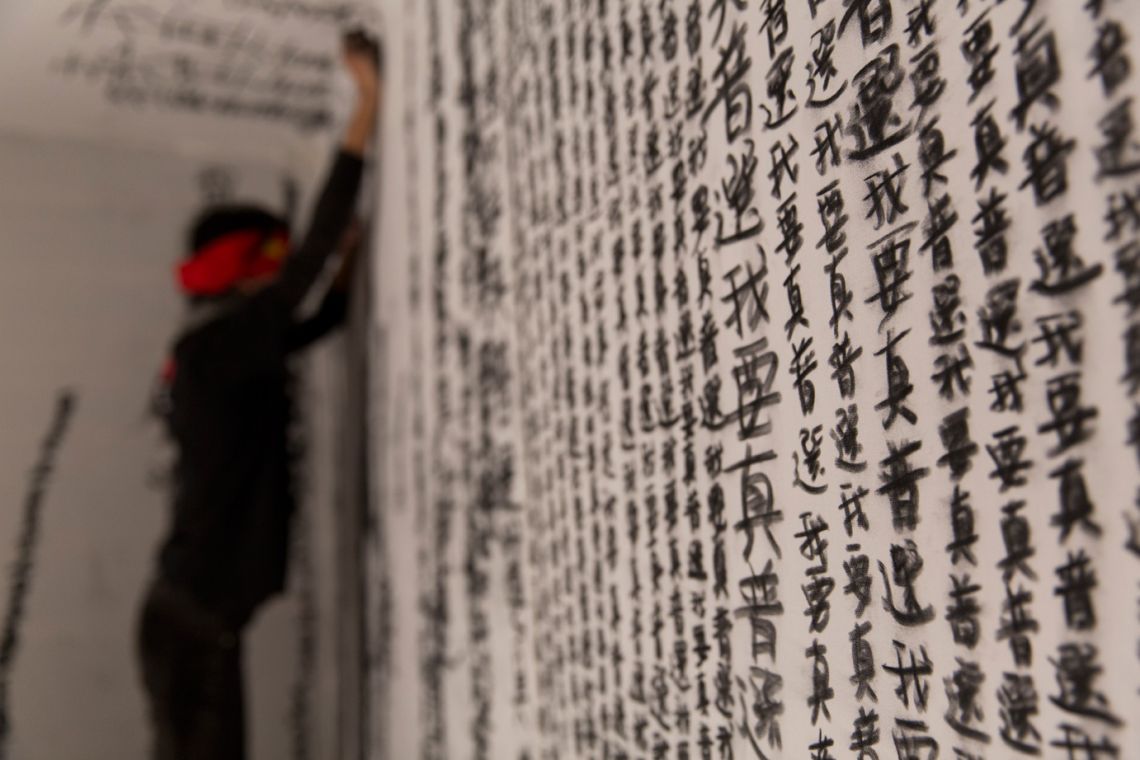 Lives and works in Hong Kong.

As a cross-media artist, researcher, curator and writer, Wen Yau has been concentrating on performance/live art and time-based media in the last few years. Her works often grapple with cultural difference and intimacy in public space. Recent projects include I am a Grade D Artist (mixed media, 2009-2013), i-(s)wear project (one-to-one performance, 2007-), TengSeWong/Voice-Writer series (media & live art, 2005-), I pledge (not) guilty (live art, 2004-05), etc. Her work has been shown widely across Asia and Europe. She is also actively engaged in creative and arts educational projects and curated various project in Hong Kong. She has been working as Researcher for Hong Kong and Project Researcher at the Asia Art Archive and contributes to various newspapers and magazines in Hong Kong and Asia. She is also the co-founder of Woofer Ten, a local art space based in Hong Kong advocating social practices.

At the VENICE INTERNATIONAL PERFORMANCE ART WEEK 2014, Wen Yau curates the video review Performing Identity: Conforming and Resistance in Post-colonial Hong Kong (2004-2014). The year 2003 marks a significant time in Hong Kong as half a million people unprecedentedly took to the street. Since then, struggles have been seen in numerous social, political and cultural issues; more and more artists have been taking an active role on the frontline. From individual to collective actions, as well as collaborative and participatory projects, Hong Kong artists are developing a range of creative tactics to deal with arts, social, cultural, gender politics, etc. Metaphor and sense of humour can be seen in these works of parady, re-enactment and social engagement, showing a mixed aesthetics of conforming and resistance in their performative practices. Contributors include AJ+, Complaint Choir Hong Kong; C&G; Rental United; Woofer Ten, CHING Chin Wai, Luke; KWAN Sheung Chi; LAM Lamm, Jaffa; Him LO (People’s Football); wen yau; yuenjie Maru; Kacey WONG (Art Citizens).

Wen Yau further presents Wish You Were Here (2014), a durational performance installation addressing freedom, democracy and the slogan that has been posted a lot in the current protest. The imprisonment of hope and demand, and a voice that could not be heard or seen, even if painstakingly tried. Further a live stream performance from Hong Kong addressing the recent developments in Hong Kong:

when the water rises

our hearts will be drowned

and the sun and moon will set as usual

can you hear me screaming

can you hear me snoozing

where is my suitcase?

wheel it around and keep roaring

the day the bell is still ringing

you are still strolling around

while our souls will soar

as if we were here. 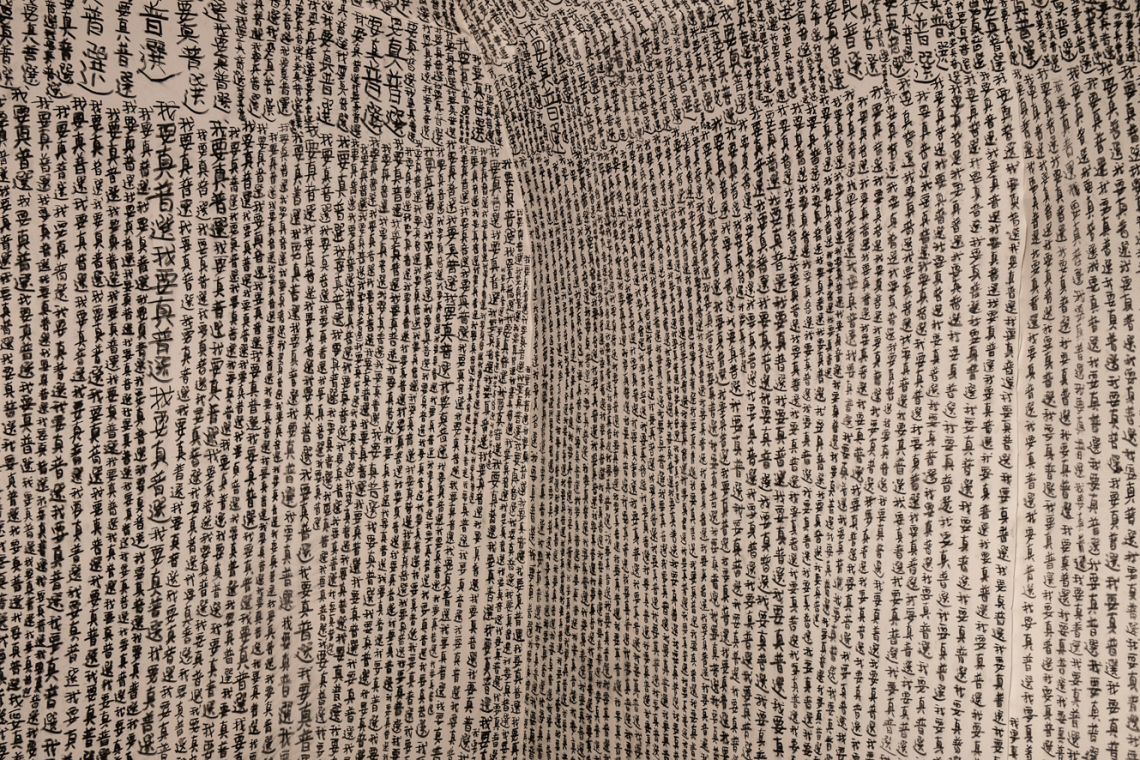 Wen Yau, Wish You Were Here. Detail of the installation at the Venice International Performance Art Week (2014). Photograph by Samanta Cinquini. 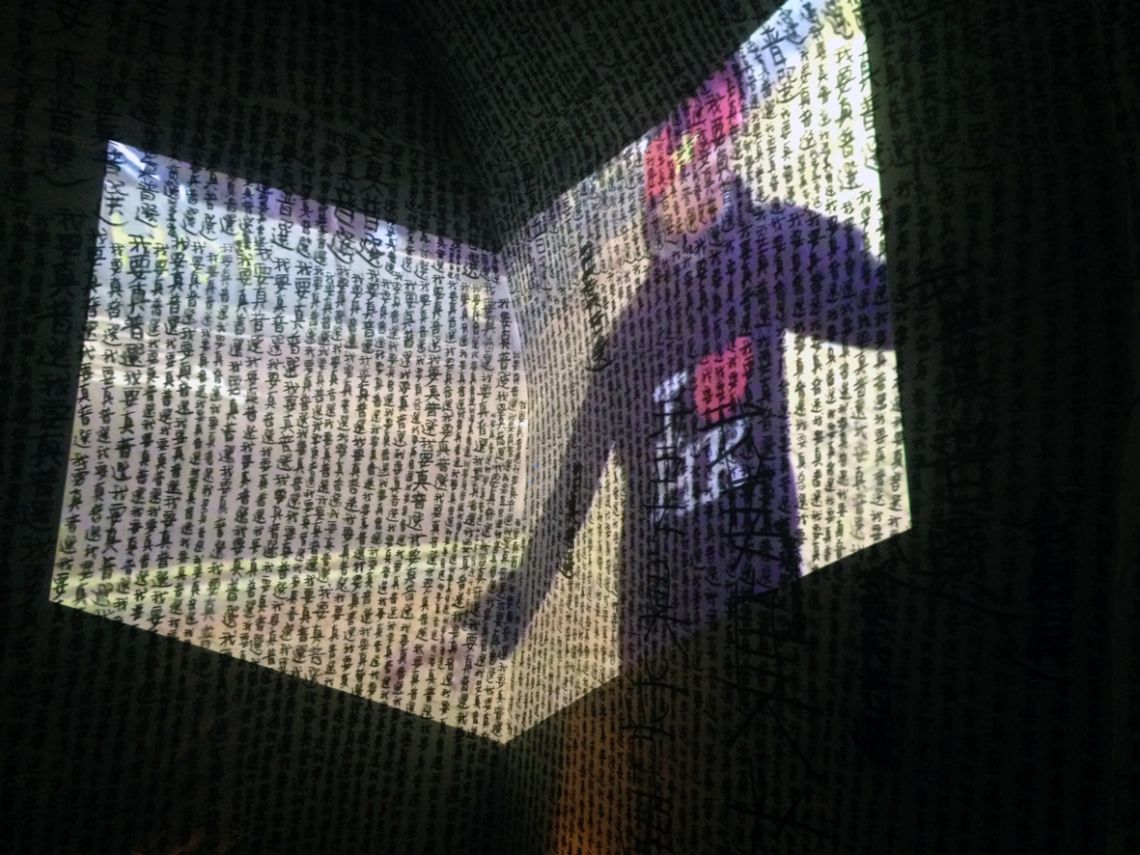 Wen Yau, Wish You Were Here. Detail of the installation with live stream of the performance in Hong Kong. Venice International Performance Art Week (2014).