Snows. Documentation of the group performance (1967) 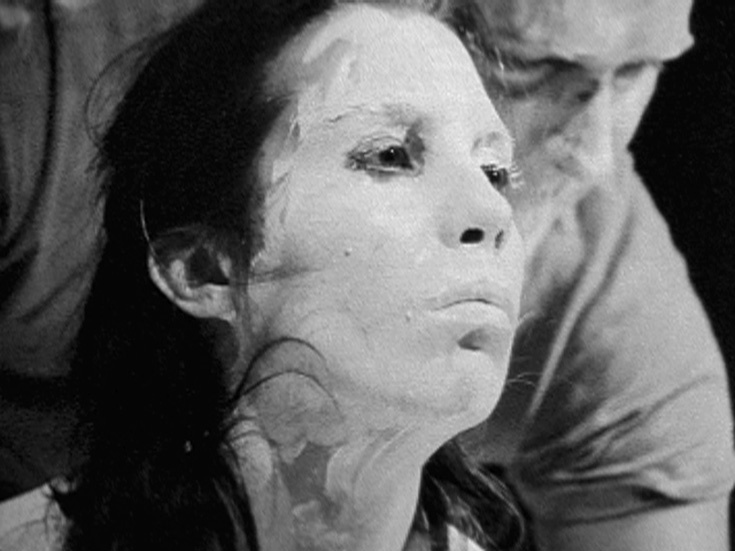 Carolee Schneemann (1939-2019) was a groundbreaking American multidisciplinary artist, with a work encompassing performance, film, video and painting. She is known for her performance based works on the body, gender and sexual expression and liberation. The focus in her works on the perception of the female body brought her to be considered one of the first-generation feminist artists. Her happenings and "kinetic theater" involved the artist's naked body, and group performances.

Further will be presented by the courtesy of Fondazione Bonotto the works: