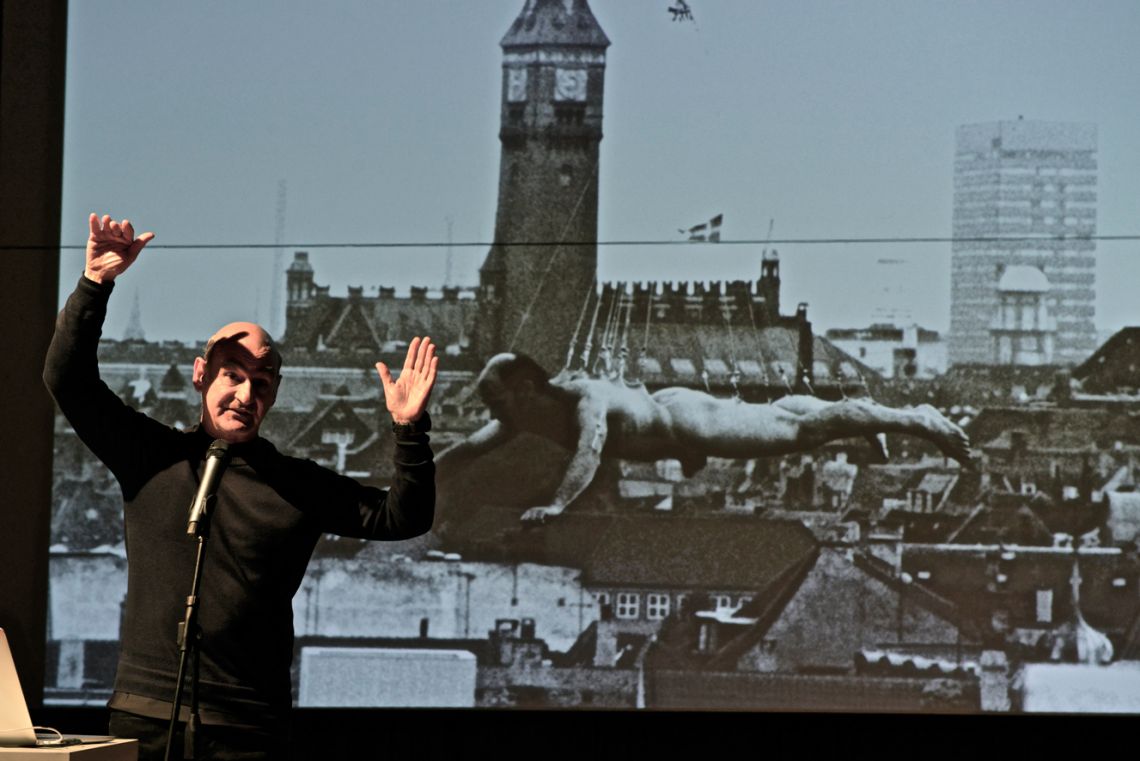 Stelarc. Exhibition view of the video of the performance Ear On Arm Suspension at the III Venice International Performance Art Week 2016. Photograph by We Exhibit 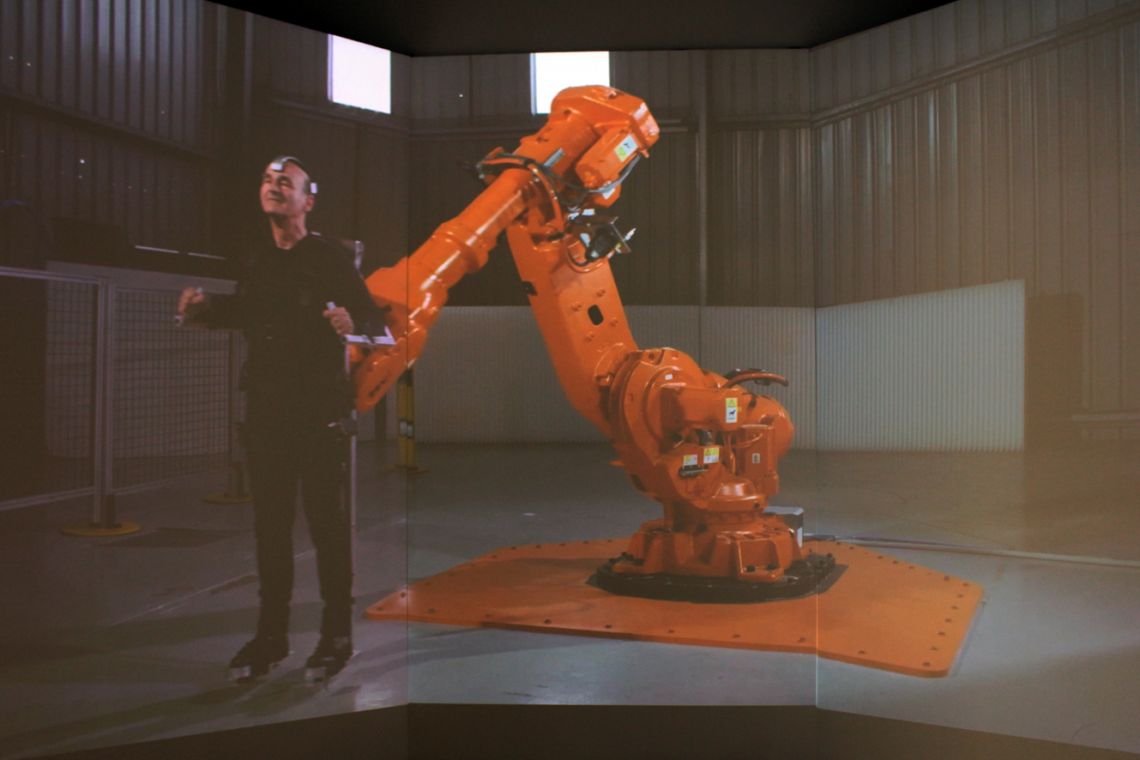 Stelarc. Exhibition view of the video of the performance Propel> Body on Robot Arm at the III Venice International Performance Art Week 2016. Photograph by VestAndPage 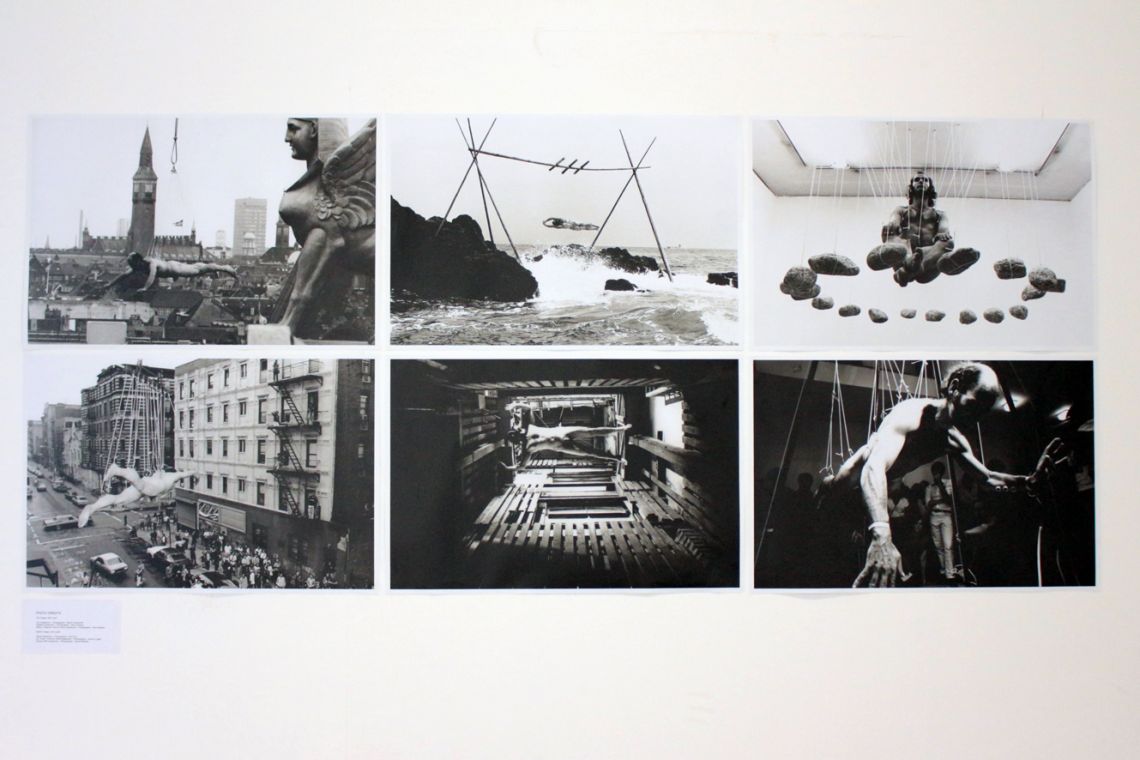 Stelarc (born 1946 in Limassol, Cyprus) is an Australian-based performance artist, who has visually probed, acoustically amplified and suspended his body with hooks into his skin.  He pioneered the frontiers of the human body, using his own as a medium and exhibition space– a body that "sometimes seems to include the possibility of terminality" (William Gibson). Artist, icon, a phenomenon, and honoured internationally as distinguished scholar and researcher, Stelarc continues to open up new scenarios on the understanding of the human body related to our time. He has performed with a Third Hand, an Extended Arm and with 6-legged walking robots. He is surgically constructing and stem-cell growing an ear on his arm. Working in the interface between the body and the machine, employing virtual reality, robotics, medical instruments, prosthetics, the Internet and biotechnology, Stelarc is among the most celebrated artist in the world working in the field of technology applied to visual arts.

At the VENICE INTERNATIONAL PERFORMANCE ART WEEK, Stelarc presents Zombies, Cyborgs and Chimeras - Alternate Anatomical Architectures: This is a time of the cadaver, the comatose and the cryogenic. Of zombies, cyborgs and chimeras. The uncanny and the creepy proliferate. The body is profoundly obsolete, absent from its own agency, performing involuntarily and with indifference - in remote non-places. Flesh is circulating, flesh is prosthetic, flesh is fractal and flesh is phantom. Skins collapse into screens generating fluid interfaces. In this age of body hacking, gene mapping, prosthetic augmentation, organ swapping, face-transplants, gender re-assignments, AI and AL, what it means to be other, what generates aliveness becomes problematic. In the liminal spaces of techno-genetics, the body is a floating signifier, neither this nor that, here nor there. A construct of meat, metal and code.

Presented with the kind support of CURTIN UNIVERSITY and SCOTT LIVESEY GALLERIES.