Video I'm Not The Girl Who Misses Much (1986); Courtesy Electronic Arts Intermix. 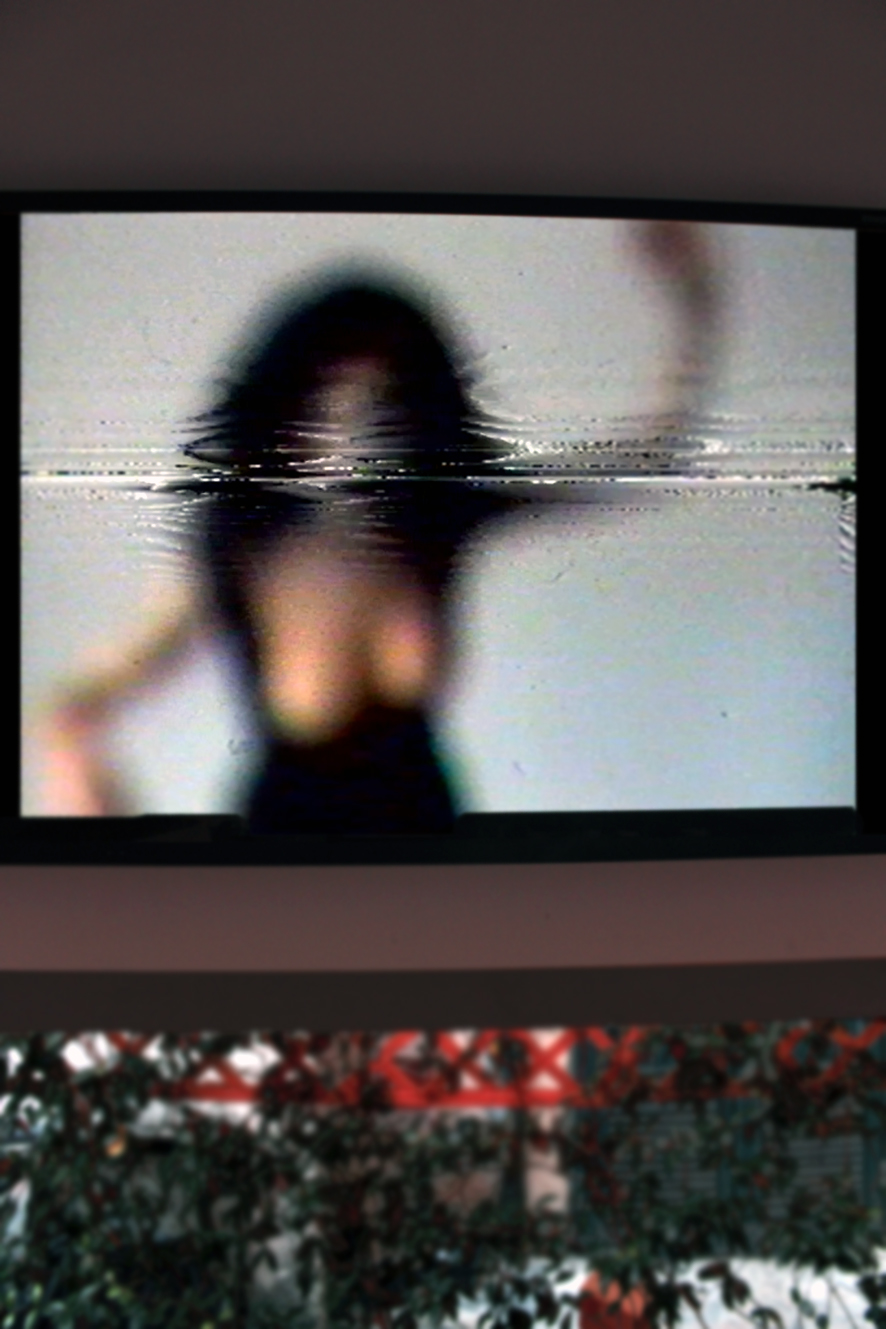 Pipilotti Rist. Exhibition view of the video I'm Not The Girl Who Misses Much (1986) at the III Venice International Performance Art Week 2016. Image © VestAndPage

Pipilotti Rist (born 1962 in Grabs, CH) is a visual artist working in video and film. She treats issues related to gender, sexuality and the human body, while using colour and music to transmit a sense of happiness and simplicity. Sensual, shameless, hilarious, fearless, since the mid eighties Pipilotti Rist has been continually challenging the conventions and taboos in our society. However, she has never looked for transgression at all costs: Rist doesn't judge nor criticise, rather suggests innocence and hope. Her moving images are perpetual, suspended, empathetic, although outside the frame of her videos is the real world, very real and hostile. A world in which the body is fragile and infinitely objectified, and where nature and humanity are not in harmony, but despairing and always in conflict. "I'm working to be hopeful about the state of everything." (The New York Times, Oct. 21, 2016). As in, it's work — hope doesn't come easily. It takes a tremendous amount of imaginative effort to create a credible fantasy of tranquility today. It takes giving up a lot to imagine a world so full. (Ben Davis, 2016)

The VENICE INTERNATIONAL PERFORMANCE ART WEEK 2016 shows the video work I'm Not The Girl Who Misses Much (1986), in which the artist dances in from of the camera in a black dress with bare breasts. It takes on rock music with its own tools, pushing pop's repetitive strategies and representations of women to absurd lengths. Footage of the artist chanting the piece's title (a line adapted from The Beatles' song Happiness is a Warm Gun) is replayed at high and low speeds, with obscuring video effects. Rist's manipulation renders her voice into a parody of female hysteria and her body into a grotesquely dancing doll. Through obsessive mimesis she exhausts any possible legibility of the words, only to finally deliver John Lennon singing the "real" song.