Video installation of the performance The Back Goes to Cinema (1968) by Nasko Krisnar and video It's Nice to Young In Our Country (1967).

Curated by Aurora Fonda | Galleria A plus A. 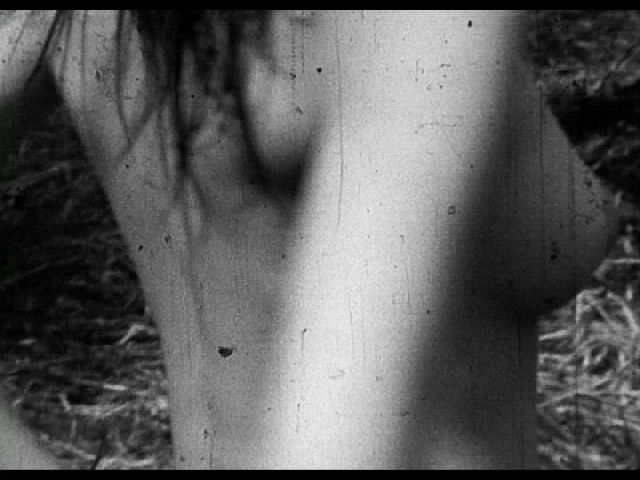 Nasko Kriznar, The Back Goes to Cinema (1968). © and courtesy Moderna Galerija Ljubljana

The OHO Group (1966-1971) was a Slovene artist collective and a significant movement in the context of Slovene national culture, Yugoslavian socialistic culture and international youth culture. It was the first 'radical – urban – ideological' artistic appearance in Slovene modern arts. Its function wasn’t only an experiment in the autonomous field of arts, but also the provocative gesture of neo-avant-garde artists in the sense of 1968 protests which stirred up the arrangement of arts, culture and society. In Kranj and Ljubjana they confronted in land art, happenings, body art, experimental film and conceptual works transgression, sexuality, politics in an atmosphere of new artistic practices. Its permanent core members were Marko Pogacnik, Milenko Matanovnic, Ales Kermavner, Andraz Salamun, David Nez and Nasko Kriznar, with other artists joining and acting as part of the group. They became interest in exploring spirituality and ritual as medium. Lateron, members of the group founded a commune in a Slovenian village, strengthening their relation with nature, harmony and the cosmos.

The VENICE INTERNATIONAL PERFORMANCE ART WEEK 2016 shows the video installation of the performance The Back Goes to Cinema (1968) by Nasko Krisnar and It's Nice to Young In Our Country (1967).