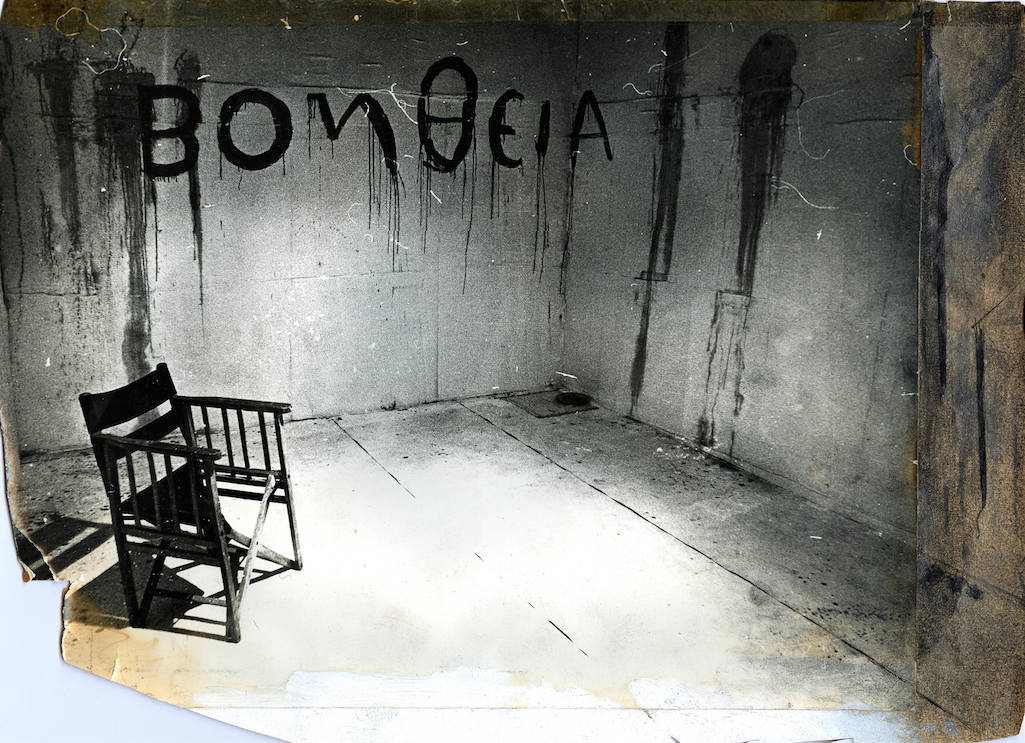 Maria Karavela (born 1938 in Corinth). During the colonels' dictatorship, after her work has been censored, Karavela went to France where she could freely express the political character of her performative interventions. Once back in Greece she founded the Contemporary Research Centre in Corinth, where she introduced a kind of art aimed at involving the people of the periphery and creating a group whose strongly political and provocative nature led to her isolation and to the censorship of her work also by the democratic government. Her studio was destroyed by fire, leaving little residual documentary material, and she never managed to overcome this tragic event as a person and as an artist, having lost all her materials (a film, audio tapes, texts and photos) of her projects. Maria Karavela was among the first Greek artists to introduce the body into the space of the artwork, interacting with the public space and breaking the boundary between art and the flow of everyday life. The sense of the political in her work, although severely ideological, starts from the real necessity of surviving as an individual in a totalitarian regime, and to claim justice and liberty without compromise, also in the democratic regime. The newness and the power of her language places a strong question on the relationship between truth and art, questioning the artist's role in society.