Sonic action and installation Mechanical Vibrations – Act 1 A sonic action for chorus, subwoofers, synthesizer and glasses (2016), dedicated to the memory of Tudy Sammartini (1931-2016). 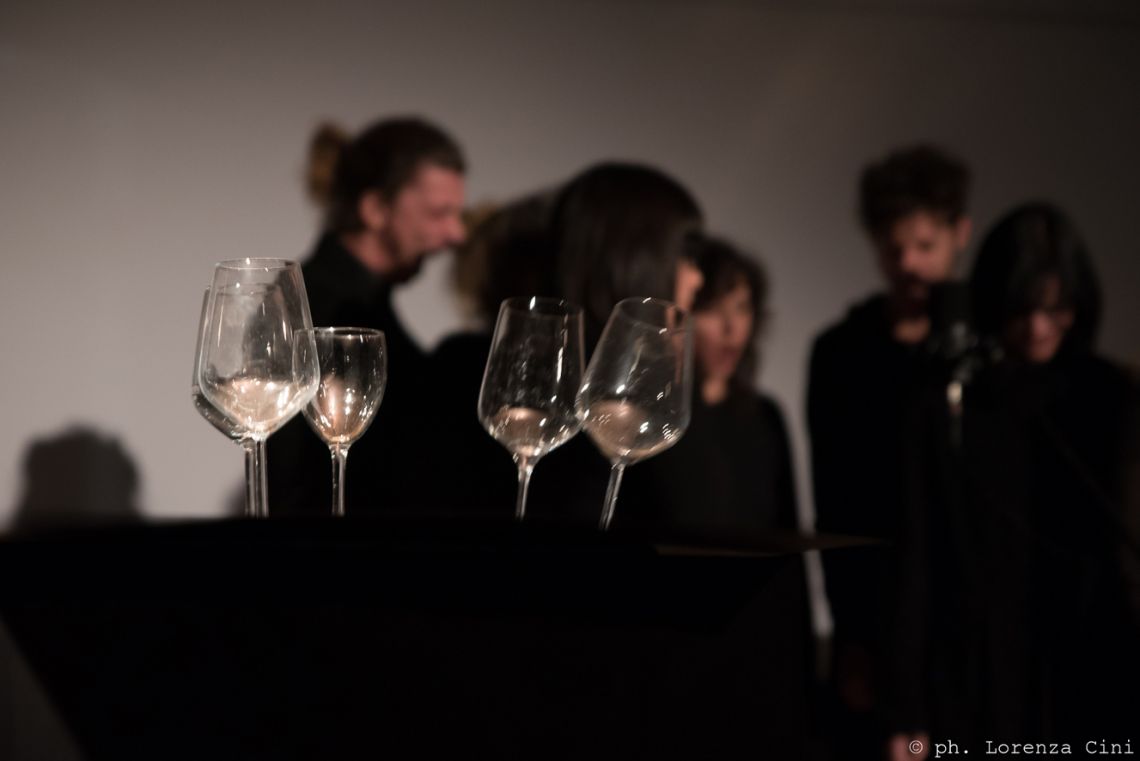 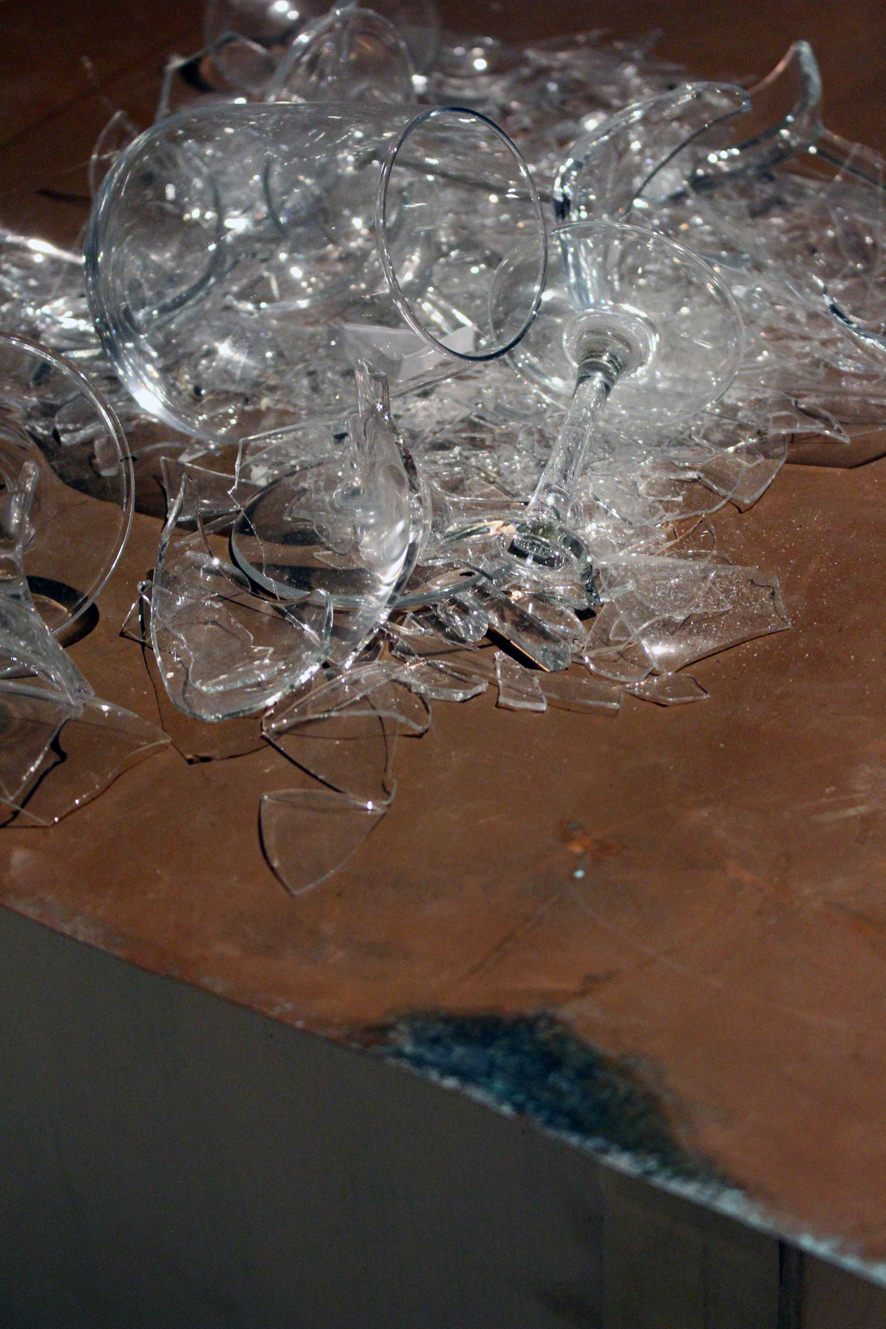 Johann Merrich. Detail of the exhibition view of the left-over installation of the performance Mechanical Vibrations (2016) at the III Venice International Performance Art Week 2016. Image © VestAndPage

Johann Merrich is an Italian electronic music composer (b. 1981) currently living in Venice. She is a passionate connoisseur of electronic music history and published in 2012 a book on women pioneers in this field. She is co-founder of electronicgirls.org, netlabel dedicated to the effort of women and young artists in electronics. Since 2013, she is the curator of Live Arts Cultures musical efforts (workshops, residencies, performances). She writes graphical and verbal scores for electronic music orchestras, working for dance and theatre, operating in the field of Intuitive Music. She is now interested in raising public awareness on environmental issues by using electronic music.

At the VENICE INTERNATIONAL PERFORMANCE ART WEEK 2016, Merrich presents Mechanical Vibrations, a sound composition, a workshop and a concert in the very same time. The term "vibration" describes a mechanical phenomenon whereby oscillations occur about an equilibrium point. Saint Mark's tide gauge has recorded - until it was stolen, few years ago - the increment of vibrations during the passage of Big Cruise Ships through Giudecca's Canal. The tide gauge is a device aimed to record the tidal fluctuations but it works also as a seismograph by recording the vibrations on the water. Vibrations and noise emissions from Cruise Ship's engines continue to scare inhabitants and (a few) public institutions, as Arpav – the regional agency for environmental protection – that recognised the incompatibility of those sound levels and the city. Mechanical Vibrations is a contemporary Requiem, is the last choral cry of a city before its destruction. Dedicated to the memory of Tudy Sammartini (1931-2016).