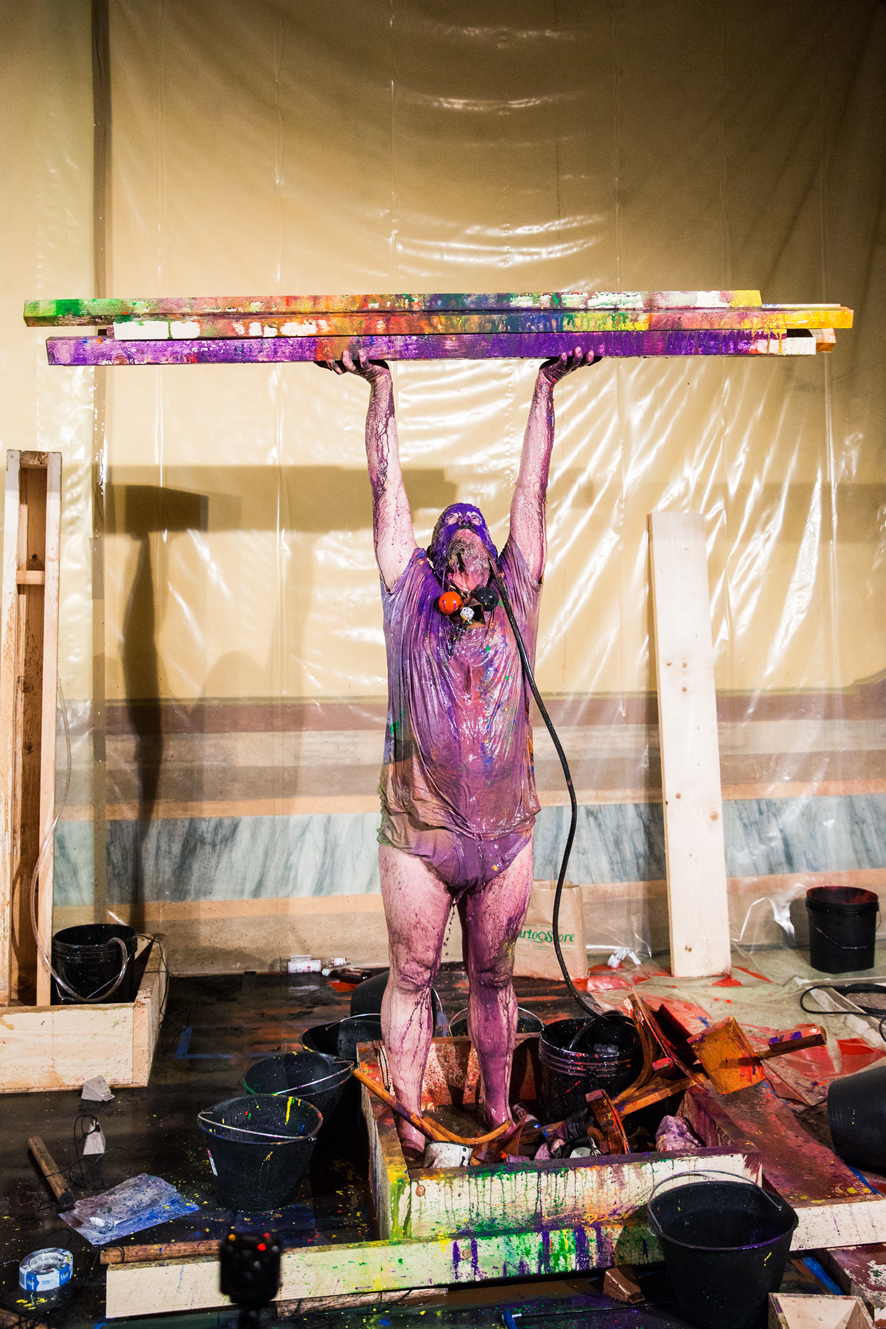 Jeff Huckleberry is an American artist performing art for the last 20 years. He is the son and grandson of far more practical people, which he tries to express in his art. His mother thinks it is time to stop getting naked in front of people and privately he thinks she is probably right; and something about death. He is further involved in the peer-reviewed journal on performance called TotalArtJournal.com.

It has been said that you are only as good as your last performance, and Jeff's last performance wasn't as bad as it could have been. That means that at the VENICE INTERNATIONAL PERFORMANCE ART WEEK 2016, Jeff presents a live performance called Garden.