As part of the co-curated section THE DREAM OF ANTIGONE :: Performance Art In Greece Between The Seventies And Today by Francesco Kiais | G.A.P. Gathering Around Performance. 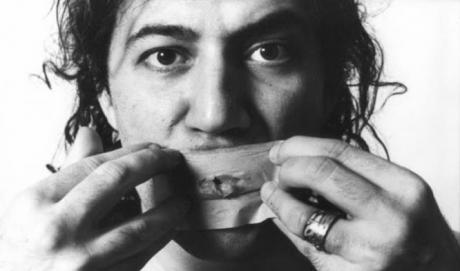 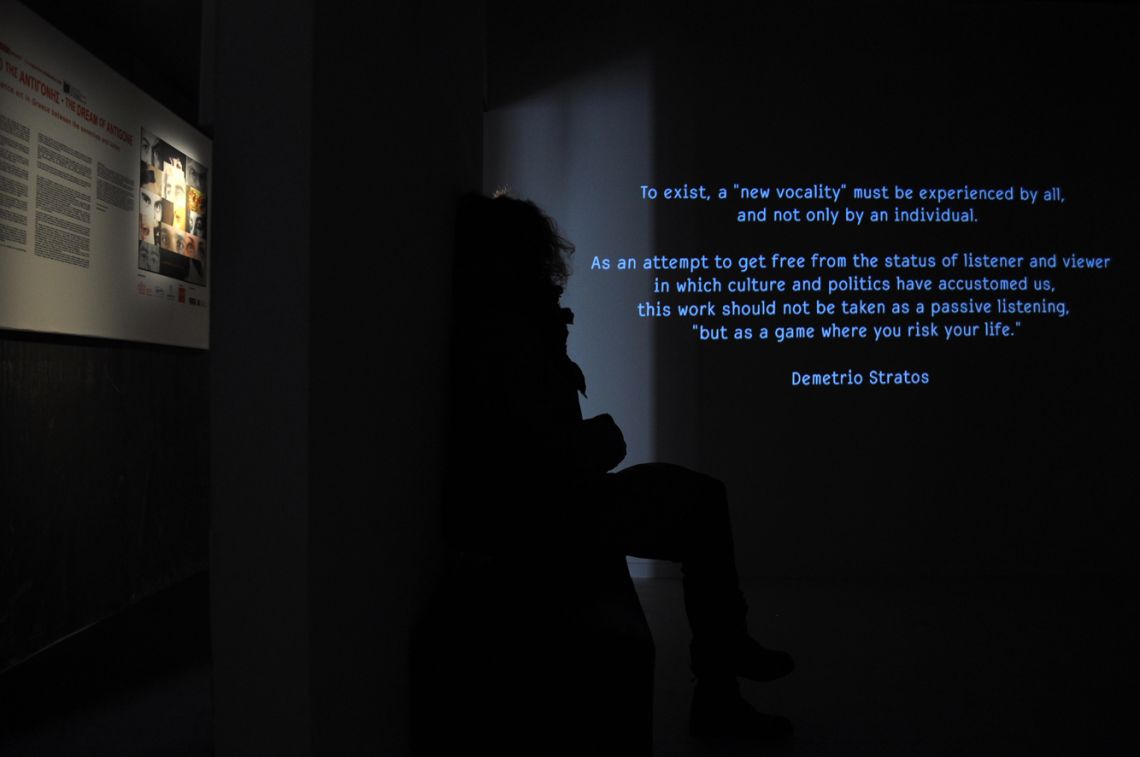 Demetrio Stratos (Efstratios Dimitriou) (born 1945 in Alexandria, Egypt; died 1979 in New York) was a Greek lyricist, multi-instrumentalist, music research as well as co-founder and frontman of the Italian progressive rock bank Area. In 1976 Stratos started to dedicate his activity exclusively to the individual vocal research. His extensive studies of ethnomusicology, vocal extensions, Asian music chants, and psychoanalysis let him to inquire a close relationship between spoken language and the psyche, as well as the limits of the spoken language. Stratos extraordinary vocal abilities comprised a demultiplying acoustic spectrum in diplophony, triplophony and quadrophony. His power lies in the use of the body as an instrument, not only as a musical instrument but also communicational, political, and therefore, as an instrument able to act in the social. Stratos' creativity lies within the frame of a period that generated radical changes of which we still feel the echoes, just as for his voice, as a search of a possible cultural identity within the complexity of contemporaneity.