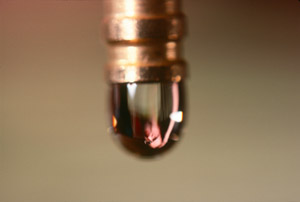 Bill Viola, Migration (1976). Still from the video. Courtesy the artist.

Bill Viola (born 1951 in New York City, US) has been pioneer and instrumental in the establishment of video as a vital form of contemporary art. For 40 years he has created videotapes, architectural video installations, sound environments, electronic music performances, flat panel video pieces, and works for television broadcast. Viola uses video to explore the phenomena of sense perception as an avenue to self-knowledge. His works focus on universal human experiences—birth, death, the unfolding of consciousness—and have roots in both Eastern and Western art as well as spiritual traditions, including Zen Buddhism, Islamic Sufism, and Christian mysticism. Using the inner language of subjective thoughts and collective memories, his videos communicate to a wide audience, allowing viewers to experience the work directly, and in their own personal way.

The VENICE INTERNATIONAL PERFORMANCE ART WEEK 2016 presents the video Migration (1976). Viola writes that this work is "a slow continuous journey through changes in scale, punctuated by the sounding of a gong. [The piece] concerns the nature of the detail of an image. In visual terms, this is known as 'acuity' and is related to the number of photoreceptors on a given surface area of the retina. In television terms, detail is referred to as 'resolution,' and is a measure of the number of picture elements in a given horizontal or vertical direction of the video frame. Reality, unlike the image on the retina or on the television tube, is infinitely resolvable — 'resolution' and 'acuity' are properties only of images. The piece evolves into an exploration of the optical properties of a drop of water, revealing in it an image of the individual and a suggestion of the transient nature of the world he possesses within."